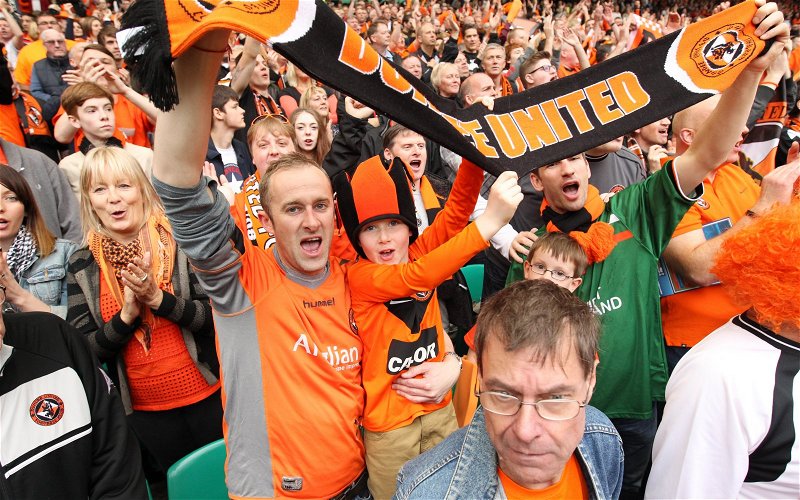 Dundee United were forced to come from behind to keep the promotion dream alive and finally overturn Dunfermline Athletic in their Scottish Premiership play-off quarter-final second-leg at Tannadice.

The visitors took an early lead through Declan McManus – that having previously survived the sending-off of defender Lee Ashcroft during a scoreless first-leg.

But striker Scott McDonald tied the contest ahead of the hour-mark, before  ‘Player of the Season’ Sam Stanton snatched an individual winner with twenty minutes remaining.

The Tangerines next take on Livingston over two-legs to decide who faces the eventual eleventh-placed SPL club in the final.

Dunfermline had dominated the opening half with McManus turning in Fraser Aird’s cross towards the near post on just fourteen minutes.

Home striker McDonald and Nicky Clark traded further efforts before McManus should have added his second when breaking away – but Deniz Mehmet crucially saved.

Scott Fraser replied wide of the mark, while the visitors were desperately unlucky as Clark headed another Aird cross onto the bar.

Manager Csaba Laszlo sent on Danish striker Thomas Mikkelsen upon the restart. And he met Billy King’s 57th minute corner for McDonald to steal in and guide the ball into the net.

Bizarrely, United keeper Mehmet injured himself while celebrating the goal and was replaced by on loan Harry Lewis, who soon kept out McManus’ header.

Stewart Murdoch also went close at the other end from another King corner, until Stanton surged away from challengers and slotted a 70th minute winner past Lee Robinson – who later thwarted Fraser from adding another.