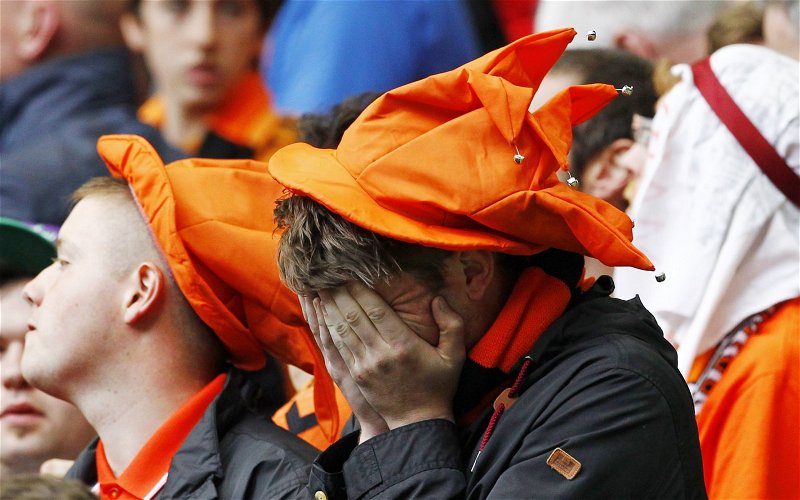 Dundee United have it all to do in the second-leg of their play-off semi-final against Livingston following a truly disastrous finale at Tannadice.

Indeed it didn’t start particularly well either, as Rafa De Vita gave the visitors a second-minute lead that was immediately cancelled out by Thomas Mikkelsen.

But they then collapsed during the final fifteen minutes of the game as first Josh Mullin and then Scott Pittman took full advantage of simply atrocious defending.

And the damage didn’t stop there, midfielder Willo Flood being sent-off for a second yellow card after raising his hands and shoving Shaun Byrne in the chest.

He’s immediately ruled out of the second-leg on Friday evening, while team-mate Bilel Mohsni could be a serious doubt having appeared to suffer a late groin strain.

Livi instantly struck the first blow when De Vita drove low past on-loan goalkeeper Harry Lewis after being played in by Scott Robinson’s through pass.

Within sixty seconds United were back level, though, with Danish striker Mikkelsen volleying in Billy King’s cross from the left.

Robinson was then demanding a penalty for the visitors when appearing to be caught by Stewart Murdoch, before on-loan Celtic full-back Ralston’s edge of the box shot was diverted into his own net by the covering Jackson Longridge.

Aussie striker Scott McDonald went close to another after the break as keeper Neil Alexander only just got fingertips touch to his header.

But it was later to completely fall apart as the visitors disastrously scored twice in thee minutes.

And the situation grew even worse when Murdoch stumbled on the ball and was easily robbed by Pittman, who chased on and again calmly finished – to the obvious delight of the travelling fans behind the same goal.

The dismissal of the clearly frustrated Flood merely increased the difficulty level for United going into the return leg in just four days time. 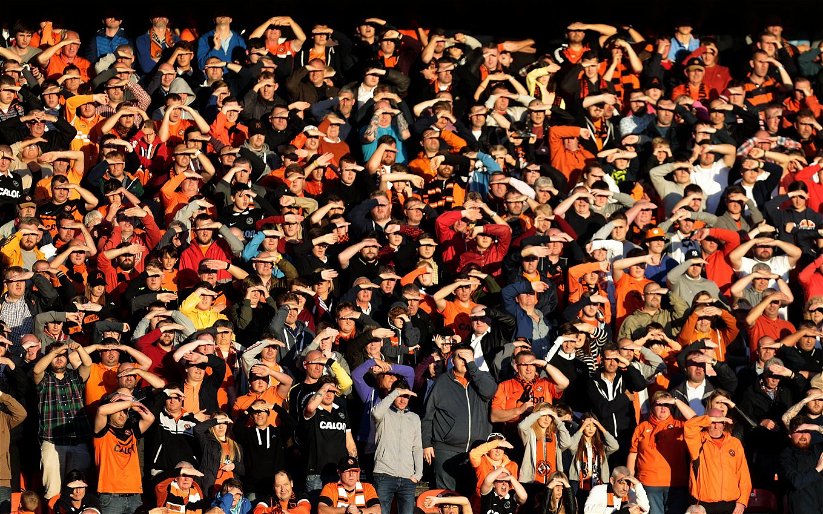