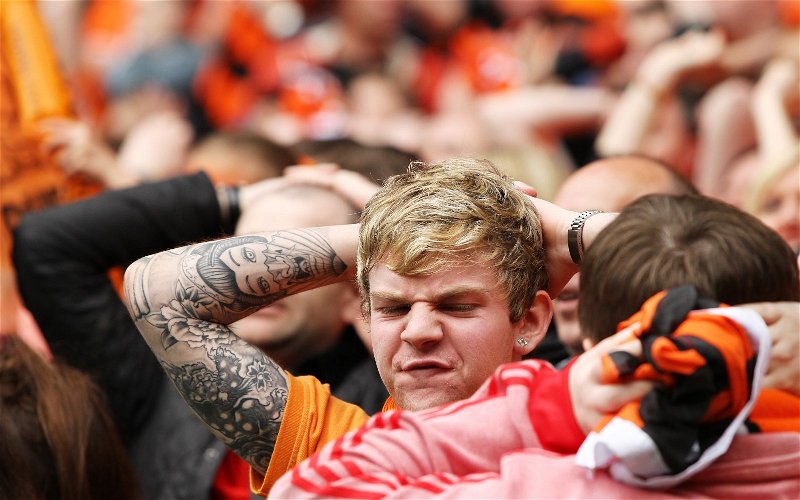 Dundee United were forced to settle for a single-point after conceding an injury-time equaliser at Greenock Morton.

Recent signing Bilel Mohsni headed the visitors in front from Paul McMullan’s corner around the hour-mark.

But substitute Frank Ross struck during stoppage-time to deny them only a second victory in nine games.

Mark Russell had already driven narrowly over for the hosts but they were certainly proving second-best.

Billy King then broke and forced Gaston into further action, before also blocking from Scott McDonald and Matty Smith sent the rebound into the side-netting.

McDonald twice went close after the break, but it was Moshni soon looping a header over the keeper from McMullan’s corner and opening the scoring.

Morton had already seen Gary Oliver heading over from Gary Harkins’ free-kick, while further efforts from McDonald and Smith were again threatening them.

However, Robert Thomson hooked wide at the other end in the final minute before Ross’ angled delivery suddenly found the top corner to rescue an unlikely point.